Hospitality– the Beginning of Ramen

Before “ramen” in its complete form became Japan’s iconic food, the Chinese-style noodles itself were introduced back in the Muromachi period. The noodles’ unique color and texture is from adding a baking soda solution, called lye water or kansui, into wheat flour.

While it was not quite yet the ramen we see today, Mitsukuni Tokugawa is widely known to have been the first person in Japan to enjoy ramen. Interested in Confucianism, Mitsukuni invited Confucianist Zhu Zhiyu to come to Mito where he treated him to homemade udon, a Japanese wheat noodle dish. As gratitude for his hospitality, Zhu made the first iteration of what will become ramen, centuries after their meeting. 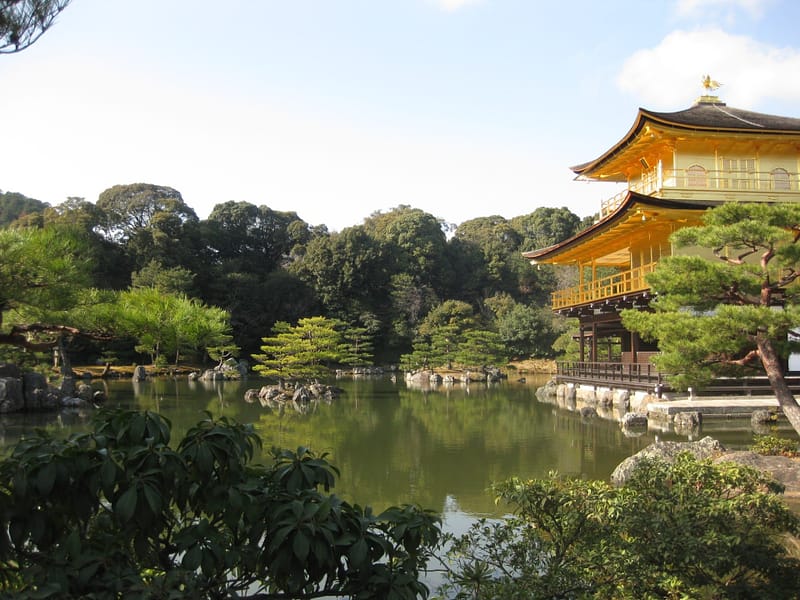 According to the records, this dish consisted of noodles, soup stock made from ham that was produced by drying and aging salted pork, and five condiments known as ushin (Japanese pepper, garlic leaves, sprouts of yellow Chinese leaves, white mustard, and fresh coriander).

The End of Isolation and Cultural Diffusion

When Matthew Perry arrived to open up Japan for trade in 1858, the policy of isolation came to an end.

Nankinsoba is considered to be the oldest iteration of the modern day ramen, and it was first documented in 1859. Served in the earliest Chinese restaurants, they flourished amongst those who were wealthy enough to afford it. Despite its pricey nature, Chinese restaurants eventually became accessible to commoners over decades.

The accessibility of Chinese restaurants was developed partially due to the increased number in Chinese students studying in Japanese universities. Takeya Shokudo was a student-oriented diner located in front of the main gate of Hokkaido University.

Wang Wen-chai, who worked as a chef here was tasked with making meals targeted towards the 130 to 180 Chinese students who studied here. They greatly enjoyed Rosu noodles, a dish that consisted of noodles, quick-fried shredded meat, bamboo shoots, and scallions. Despite the popularity amongst Chinese students, the dish did not fare so well with local Japanese students. To compromise, the founder of Takeya Shokudo collaborated with Wen-chai to create noodles that are lighter-tasting, with roast pork and scallions as toppings. In the summer of 1926, the first ramen was developed.

The Disaster That Diversified Ramen

The Great Kanto Earthquake destroyed Japan’s inland and coastal areas on September 1, 1923. This area included Tokyo, where most ramen chefs were concentrated in. Due to this devastating earthquake, it caused many chefs to lose their jobs and be forced to look for jobs elsewhere. 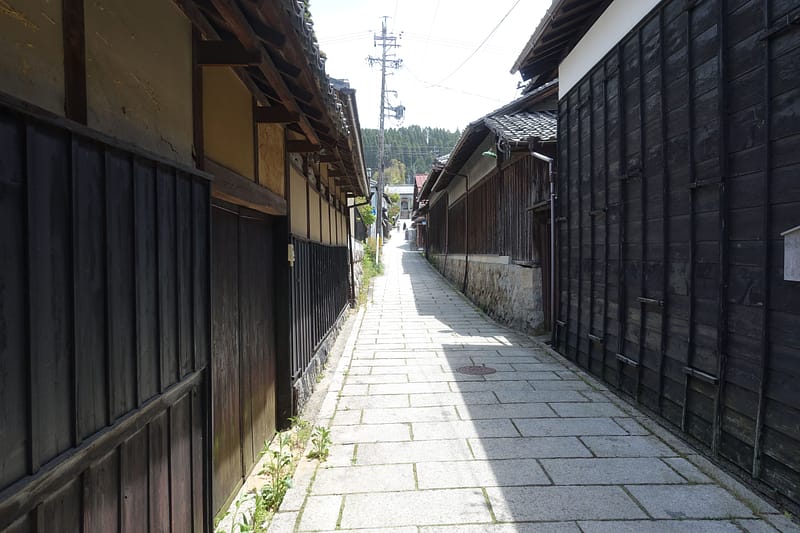 Some moved to the Kansai area, others travelled to Hokkaido, Kyushu, or any other area that had demand. As chefs moved to different regions, they developed their own ramens that suited the culture in different prefectures.

This marked the birth of local ramen. In conjunction, the earthquake has also influenced the proliferation of ramen stalls. After the earthquake severely damaged central cities such as Tokyo and Kanagawa, people began seeking a way to sell cheap commodities. The exhausted, disaster-stricken people greatly appreciated the cheap and delicious food that these stalls offered. Its widespread popularity continued throughout the Taisho periods to the early Showa period.

The “Black Market” of Ramen in Post-WWII Society

As soldiers returned and Japan quickly began mobilizing the nation towards recovery, ramen stalls were removed under the war damage revival planning, and the urban beautification plan set around 1948.

Those who lost jobs once again looked elsewhere for business opportunities. Called either markets or alleys, they began cooking ramen using raw materials that are normally thrown away, such as pork bones, chicken bones, vegetable scraps, and wheat flour. 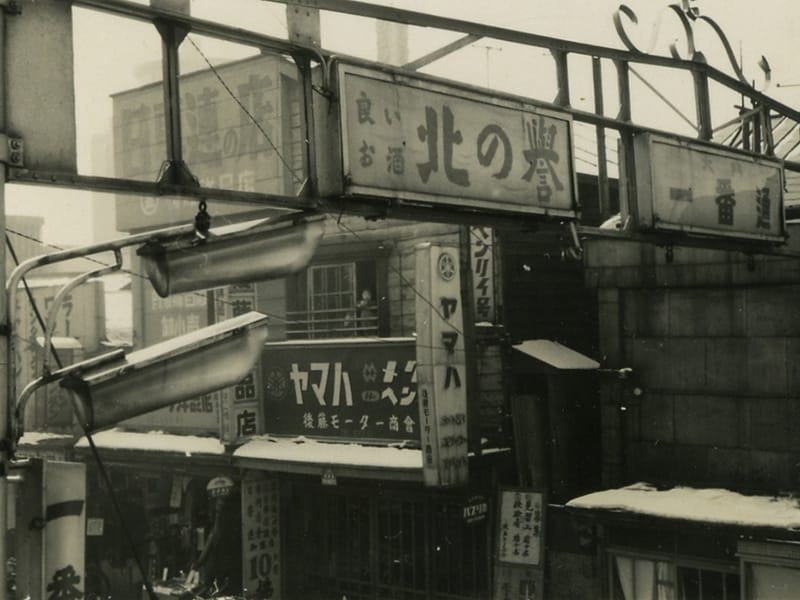 In these markets, ramen gradually transformed into a savory, calorie-filled and scrumptious meal. However, due to the urban beautification plan many of them were once again displaced, and instead sent to designated areas. In a particular street in Sapporo City, all but one of the pre-built buildings were habited by ramen shops. This marked the birth of the first ramen yokocho (ramen street).

Morito Omiya, a ramen shop owner from the newly developed ramen yokocho in Sapporo City, began developing miso ramen around 1954. Part of the inspiration came from busy salarymen, who proclaimed how much they missed homemade miso soup.

He began to test the idea of a ramen containing miso diluted with soup. This was perfected over about five years, and it marked the birth of Japan’s first miso ramen. More restaurants began offering miso ramen starting around 1960, and by 1967 specialty shops began spreading across the nation. In conjunction to the first development of miso ramen, this also was the beginning of specialty ramen shops.

The Creation of Instant Ramen: The Ultimate Budget Dinner

The inspiration came to him when he saw long lines of people waiting for ramen at one of the markets set up near Umeda Station in Osaka. Ando wondered if there was a way he can provide ramen faster and in a more convenient manner. He developed his very first Chicken Ramen in his garden shed, through much trial and error. Watching his wife make tempura, he discovered the preservation method of removing moisture through deep-frying the noodles.

The invention of instant ramen was monumental, as this led to ramen becoming more widespread in common households. After even more experimenting and fine-tuning, the first Cup Noodle was created in 1971. This became a world-wide sensation, as the global demand for instant ramen reached one hundred billion servings a year.

Besides miso and shoyu (soy sauce) ramen, there was another ramen about to come into the picture– tonkotsu (pork bone). Although it was originally unsuccessful when it first emerged in 1968, a successful press coverage/advertising campaign of a specialty shop Nandenkanden kickstarted the tonkotsu boom.

It attracted lines as long as 1,000 people, and it became a cultural sensation as it was dubbed “Nandenkanden Congestion” in papers.

Around the year 2000, Japan was experiencing the hottest ramen boom.

During this time, the interest was shifting from ramen, to the people making ramen. Intrigued by the personality of these chefs, people began waiting in long lines to eat from shops owned by them.

Some of the most popular ramen chefs of this time include Minoru Sano, Rokusuke Take / Shigemi Kawahara / Takeshi Yamada etc. This was when ramen began focusing and featuring ingredients that were unique, such as Nagoya Cochin, home-grown wheat, and dried pacific saury.

The increased media attention and support further encouraged ramen chefs to pursue their art. Technological advancement that occurred during this time greatly influenced the development in ramen seen today.

The iconic New York ramen shop Sapporo was established in 1975, introducing foreigners to authentic Japanese ramen. Ramen quickly became popular as it was considered a casual alternative to sushi, which cannot be eaten every day and tends to choose customers.

Besides the United States, ramen shops began to pop up in countries such as Germany, France, the U.K., Australia, and Italy. Given international attention, ramen began grasping the attention of highly respected guidebooks. The first ramen shop to receive a Michelin Star was Japanese Soba Noodles Tsuta (Sugimo), and this forged a new genre of ramen called tanrei.

This type of ramen generally refers to ones that are based on clear soup, made from high-quality materials seasoned with soy sauce or salt. Although receiving prestigious acclamation, the thick, strong soup based on fish and pork bones remain dominant amongst casual ramen-lovers around the globe.